BATON ROUGE, La. (AP) — Drive-thru testing for the coronavirus in the New Orleans area will be extended to a wider range of people as the number of infections and deaths in Louisiana continues to increase, state health officials said Saturday.

Three such federally funded test sites are operating in the state, two in New Orleans and one that opened Saturday in nearby Jefferson Parish. Initially, the tests were accessible only to health care workers and first-responders showing symptoms consistent with the COVID-19 disease caused by the virus.

Beginning Sunday, testing will be offered to anyone with a fever or other symptoms, the New Orleans Office of Homeland Security and Emergency Preparedness and the New Orleans Health Department said in a news release.

Louisiana has one of the nation’s highest per capita rates of infection, Gov. John Bel Edwards has said, with New Orleans at the epicenter of the state’s outbreak.

The number of known virus infections in Louisiana had jumped to more than 760 as of Saturday, and at least 20 people have died, according to health department figures. Coronavirus cases have been reported in 35 of the state’s 64 parishes.

The Associated Press receives support for health and science coverage from the Howard Hughes Medical Institute’s Department of Science Education. The AP is solely responsible for all content.

Stimulus checks: Latest batch is on the way

WASHINGTON, D.C. (BRPROUD) -- Did you receive the latest stimulus check?

Over 2.3 million stimulus checks headed out to the public Wednesday as part of President Joe Biden’s $1.9 trillion American Rescue Plan.

8 hurt as vehicle crashes into crowd at Texas race track

FABENS, Texas (AP) — Eight people were injured Sunday night after a vehicle plowed into a crowd at a mud racing event in Texas.

The El Paso County Sheriff's Department said in a statement that at 6:35 p.m., a vehicle left the mud track and crashed through a guard rail and into spectators.

WASHINGTON (AP) — The Supreme Court is leaving in place the convictions of two men who as members of a white supremacist group participated in a white nationalist rally in Virginia in 2017 that turned violent.

The high court said Monday that it would not take the case of Michael Miselis or Benjamin Daley, who participated in the rally as members of the “Rise Above Movement,” or “RAM.” Both pleaded guilty to federal rioting charges in connection with the Virginia rally.

GM to recall some 2021 cars for faulty airbag warning light

Parents crowdfund for their son in need of a transplant

‘This senseless tragedy has put an end to all his dreams’: 25-year-old dies in downtown Austin mass shooting

Schools across US brace for surge of kindergartners in fall

Heat Advisory south of I-20, watching the tropics late this week 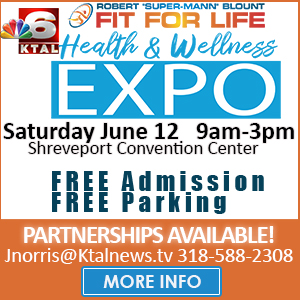